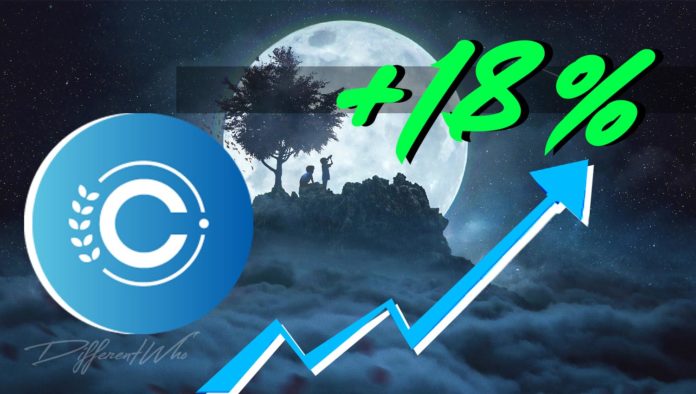 Cratos Token (CRTS) has been outperforming other cryptocurrency projects in recent weeks, even amid bear market-like crashes on Bitcoin and most major altcoins. Buzz on altcoins like Cratos that have shown growth amid the carnage introduces the possibility that the cryptocurrency market may not have a “true” bear market ever again — or at the very least, nothing like the one we saw in 2018.

While the abovementioned possibility might just be wishful thinking, the performance of Cratos has proven that not all cryptocurrencies are following Bitcoin’s performance. Several projects have outperformed both Bitcoin and Ethereum over the last few months, despite an overall decline in the market (as most projects are in the midst of a correction). Whereas the previous bear market saw the altcoin market get decimated, the current market is still showing bullish price action on several altcoins (and not just the meme ones).

Cratos saw massive growth over the last several months as its price increased over 850% since its record low of $0.00064321 on August 18, 2021. The coin saw its first major all-time high just last month, on December 24, 2021, where it was valued at $0.00747511 per token. As the rest of the crypto market crashed in early November, Cratos continued to see record growth. Despite a small correction over the last several weeks, Cratos has continued to rise about 18% over the last week, coming close to its all-time high and demonstrating a continued bull run in the altcoin market.

What makes Cratos a particularly enticing project for investment is its utility. Cratos is a vote-to-earn (V2E) cryptocurrency project that aims to bring democracy to the blockchain by offering in-app voting, data collection, and public opinion polling. The project works by issuing the ERC-20 Cratos token through the use of the Cratos app, a downloadable mobile application that has already been downloaded over 400,000 times. Cratos discusses its use case in its whitepaper, stating that its function will be to offer public opinion voting through blockchain technology, eliminating voter fraud and confirming public opinion faster than traditional polling methods.

Right now, 30% of the Cratos tokens are reserved for rewards, where users can be rewarded with the token just by downloading and using the app. 20% of the tokens are reserved for the ecosystem, with the remaining 50% going to the project’s foundation, development, and marketing (16%, 15%, and 13%, respectively). With a current market cap of $425,136,588, Cratos could soon enter the top 100 cryptos by market cap, making it ripe for massive growth in a continued bull market.

Right now, the bulk of the project’s user base seems to be in South Korea, but the project’s roadmap shows continued expansion of both the token and the app, with marketing efforts expected to ramp up in the summer of 2022. The odds are high that we will be hearing about Cratos much more in 2022.